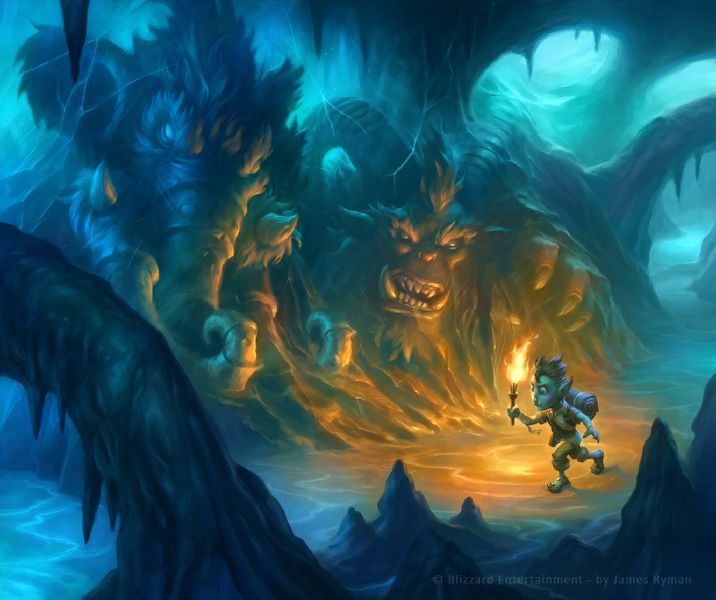 I don’t usually play Hearthstone, but when I do, I play control.

Shit, that’s great. I should put that in a meme.

But you’ve read the title, and you know where this is going. I’m a control player, and The Caverns Below was making my life a fucking misery.

END_OF_DOCUMENT_TOKEN_TO_BE_REPLACED 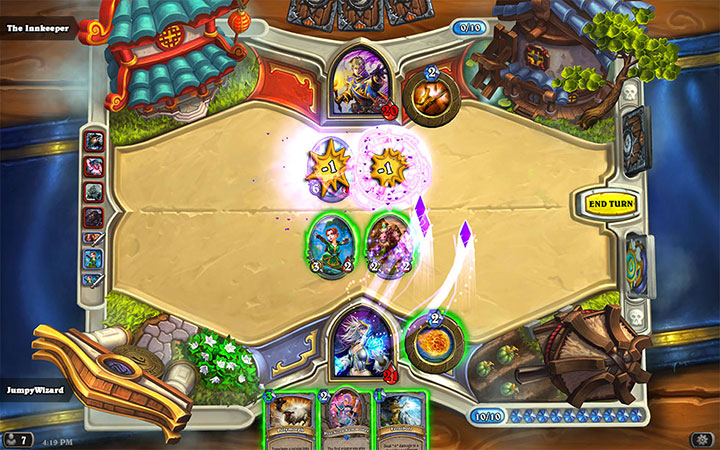 One free pack per week during the opening celebration of Tavern Brawl.

I think we were all ignoring that second part. But I guess it’s time to pay the piper. Last week’s Brawl was the first to not have a free pack as a prize for your first victory, instead granting a Christmas-themed card back.

Which was good, because last week’s Brawl was shit and I really didn’t want to play it.

I mean, I did anyway. But I didn’t enjoy it. And that card back can go into the ever-growing pile of card backs I simply do not give a fuck about.
END_OF_DOCUMENT_TOKEN_TO_BE_REPLACED

For a free game, Blizzard seem to really put out a lot for Hearthstone. It really doesn’t seem as if it’s been that long since the release of the last Hearthstone expansion, and yet here we are – The Grand Tournament is here.

It was a weird week. Blizzard gave us early access to a bunch of the upcoming cards in the Tavern Brawl, pitting Medivh vs. Alleria in a competition to boost the sales of the alternate hero skins. Thankfully, no-one took the bait, and instead we all got an introduction to the new mechanics of the expansion: Joust and Inspire.
https://www.youtube.com/embed/A0kn8Lmnc88?feature=player_embedded
Check the video for my extended thoughts on both of these – long story short; Inspire activates off your Hero Power, whilst Joust compares two random cards from both decks, with the effect going off if your card has a higher mana cost.
That’s actually quite a difficult one to explain briefly. Hm. Just watch the damn video already.
Watched it? Good. Where were we?
Oh. Yeah. So Inspire seems to be the stronger mechanic in this Tavern Brawl. It’s an effect not dissimilar to the way Nefarian dominated Ragnaros in the first Tavern Brawl, and frankly, I can see why. Joust is just such a lackluster mechanic. It’s unreliable and oh so very unbalanced. Some creatures work well with it – King’s Elekk is a fine card even without the Joust effect, and the extra draw can be seen as a handy perk, rather than being an effect that makes the card worthwhile. Master Jouster works on the other end of the scale – with the Joust effect, it gains Divine Shield and Taunt, which on a 5/6 body makes it a better Sunwalker. If you lose the Joust, you get a 5/6 for 6 Mana, which is rather less useful than a Boulderfist Ogre 6/7. Unfortunately, far too many of the Joust cards need their effect to be useful in any way. 90% of the time you play the Master Jouster, it’ll be because you want a Taunt. And sometimes you won’t get it. And that’ll probably lose you the game.
But enough of that – glorious pack opening video ahoy!
https://www.youtube.com/embed/JNPBZyfuFZw?feature=player_embedded
Frankly, I felt this video was expected of me. As a YouTuber who spends a decent amount of time playing Hearthstone, a card opening video is something of a must. Next on the checklist – a Minecraft video!

So I only managed two legendaries, which was a bit of a let down. The average for fifty card packs is three, so to only get two… I guess I felt shortchanged. Which is a pure #FirstWorldProblem if I ever heard one. Still, Paletress can effectively summon any other legendary card, so maybe that counts for more. And Saraad is just a straight-up G. I don’t really think I could have gotten better legendaries.
A lot of pundits were predicting that TGT would slow the game down, and whilst the meta hasn’t settled enough to make a call yet, based on what I’ve seen recently that may be true. Slower plays with bigger swings in momentum have been what I’ve seen a lot of this past week in the little Hearthstone I’ve played. I only had a matter of hours to hit Rank 20 this month, so my Inspire Priest hasn’t had as much love as it maybe should have, but I’m enjoying playing it nonetheless. My Randuin Wrynn deck has also had a bit more flair added to it with Paletress and Saraad, so that too is a whole bunch of fun.
Hearthstone‘s still looking plenty healthy. The barrier to entry is still as high as ever, and while the new feature of handing out chests at the end of every month has helped, it’s still pretty hard to get cards as a new player. But hey, free games are always worth a go, and opening card packs is always fun, digital or real.
Hearthstone: Heroes of Warcraft is available over at Battle.net and if you’ve not tried it, you probably should. There are tablet and phone versions now, for both Apple and Android. You’ll have to find those on your own though, ‘cos my lunch break is almost over. Happy playing!