Finally, the other boot has dropped. The UK’s snap General Election is over. Thanks to Theresa May’s alliance with the far-right DUP group, it’s highly likely that the boot that dropped will be dropping on the throats of millions of the under-paid and under-privileged in the country.

What? You weren’t expecting talk about the UK’s general election? Tough – this IS a co.uk site after all (.com was too expensive).

The big surprise of the night was the exit poll, that predicted the Conservatives (Tories), being the largest party – but also falling short of an overall majority. Since the Tories were the political party that called the election, losing their majority counts as a pretty major loss for them. The Labour party also surged back, with an increased vote from younger, disenfranchised voters that secured them many previously Tory seats. 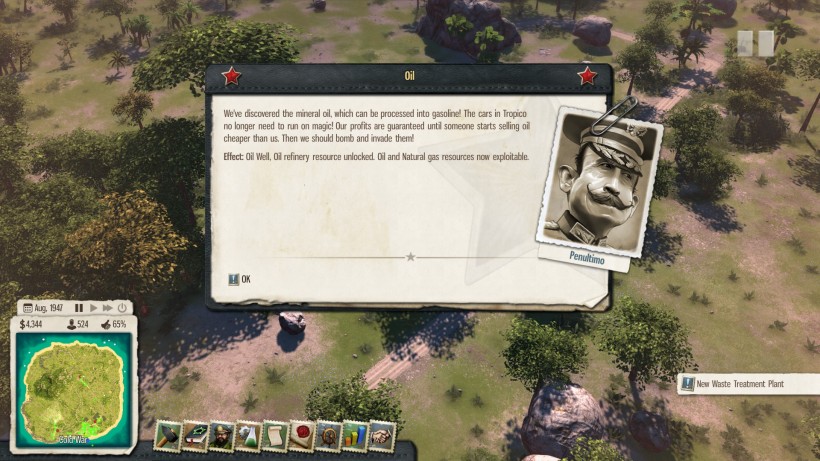 So while the Labour party has seen a resurgence of popularity, they still remain a minority party within the UK parliament. And while the dust hasn’t fully settled on what form the UK government will take – I’m still hankering for some true socialism. What better time to start playing Tropico 5?

For the uninitiated, the Tropico series gives you full control of a fictional Caribbean banana republic called Tropico. You have full control of your island-state, and while you’ll need to balance various different political factions against each other, you’re free to create whatever society you like, whether that be a socialist paradise, capitalist market state, oppressive totalitarianism, or a blend between.

So if you need me for the rest of the weekend, I’ll be managing my adoring people.

Got to go – elections are coming up, I have Social Security and education reforms to budget for, and the USSR is kicking up a stink.