A week or so ago, I wrote a piece on James “2GD” Harding being fired from the Dota 2 tournament, the Shanghai Major, and I was at as much of a loss as everyone else to explain why it happened. GabeN knew, but obviously wasn’t telling anyone, choosing to limit his explaination to “James is an ass”. James himself wrote a rather lengthy post speculating everything from the last few years involvement with Valve, from a rogue Valve employee, to his demeanour on the show, to alien involvement.

Alright, he didn’t really blame aliens. But he might as well have done, because there were no real answers to be had. James’ hosting had been tamer than some of his past performances, and seemed well within the acceptable lines for e-sports presenters – so what gives, man?

According to Redditor /u/BalboaBaggins, it may have less to do with a salty Valve employee, and more to do with the fact that the Shanghai Major is – somewhat obviously – based in China.

China’s internet laws are… restrictive, to say the least. Ironically coined the “Great Firewall of China”, the wall regulates internet use, blocks certain search keywords & websites, and criminalises some online speech and activities. Individuals and companies coming into the country are required to adhere to these laws, and while circumventing the firewall isn’t uncommon, discussing doing so is something of a taboo.

But what does this have to do with James Harding? He, er, made a joke about accessing pornography from the hotel as part of his intro.

Granted, it’s one of the oldest jokes around – “disabled pornography” referring to pornography starring disabled people, rather than access to the pornography being disabled – and it’s one that’s been told about pretty much every hotel in the western world. Only this isn’t the western world, and that joke seemed to have fallen pretty flat with an eastern audience. And since it played off the Great Firewall and the blanket ban on pornography of any kind, it was clearly taboo enough to make everything a little bit politically awkward for Valve.

The post also goes on to point out that Chinese culture doesn’t like to mention sex in any sort of official setting. Like, at all. They’re not prudes, they just don’t find it appropriate. And James was hosting a major tournament, held at a major arena – aaaaaand he made more than a few sexual references. This was a case of the most ignorant, boorish westerner coming in and imposing their sensibilities in another country.

It’s highly probable that James was causing a lot of problems for Valve in this area. And since Valve likely invested an awful lot into this tournament, you can forgive GabeN’s kneejerk reaction to fire James, as quickly as possible. Not only does it remove the problem, but it brings some goodwill back into the relationship between Valve and the China. Which is probably a far more important relationship than the one between Valve and James “2GD” Harding.

But does this mean that Valve did the right thing? In my mind, the firing was still an overreaction. Granted, something ended to happen, but the might of the banhammer should never be wielded in an unsteady hand, and that’s exactly what happened here. Valve reacted rashly to an emerging problem, and they handled it clumsily. GabeN’s statement to the community should have been an appeal for peace, but it instead came over as a “fuck you, we’ll do what we like”. Straight talking is great, but in these sorts of circumstances, it does more harm than good.

There need to be questions asked of Valve here. Was cultural sensitivity training ever discussed? Did anyone from Valve ever sit down with the hosts and presenters and explain what was expected of them – and crucially, what should be avoided? They knew James’ reputation, and sending him into somewhere so culturally different from the west without any sort of guidance was only ever going to go wrong. This isn’t to say that James is the blameless victim here; he should have done his homework, but it doesn’t absolve Valve of the responsibility to manage its own goddamn event.

But then, “badly organised” was apparently the order of the day at the Shanghai Major. Why should management of their staff and community be any different?

But what should Valve and James do now? Lay low. There’s no doubt in my mind that they should and will bring James back eventually. The man is damn fine host, and Dota 2 is a poorer community for lack of him. The key word is “eventually”. Give it a year, maybe two. Start small, build it back up with some small events. Wait for it to blow over. 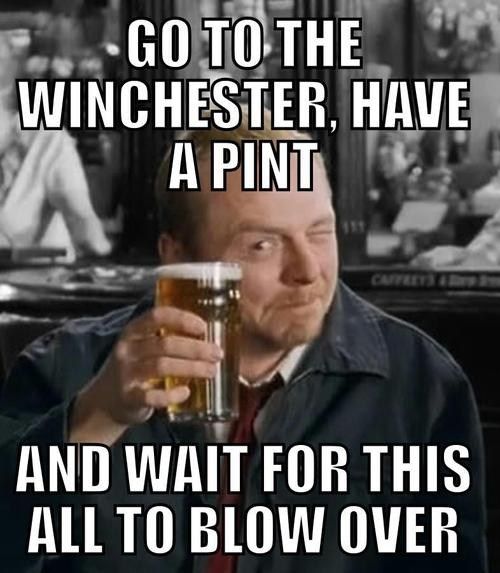 It goes without saying that James and the community deserve a proper explanation for what happened, and that should be their first step. Wave the white flag, come in on your knees and leave with your head held high. The community will forgive you; just take your goddamn lumps and suck it up.