A week or so ago, I wrote a piece on James “2GD” Harding being fired from the Dota 2 tournament, the Shanghai Major, and I was at as much of a loss as everyone else to explain why it happened. GabeN knew, but obviously wasn’t telling anyone, choosing to limit his explaination to “James is an ass”. James himself wrote a rather lengthy post speculating everything from the last few years involvement with Valve, from a rogue Valve employee, to his demeanour on the show, to alien involvement.

Alright, he didn’t really blame aliens. But he might as well have done, because there were no real answers to be had. James’ hosting had been tamer than some of his past performances, and seemed well within the acceptable lines for e-sports presenters – so what gives, man?

According to Redditor /u/BalboaBaggins, it may have less to do with a salty Valve employee, and more to do with the fact that the Shanghai Major is – somewhat obviously – based in China.

END_OF_DOCUMENT_TOKEN_TO_BE_REPLACED 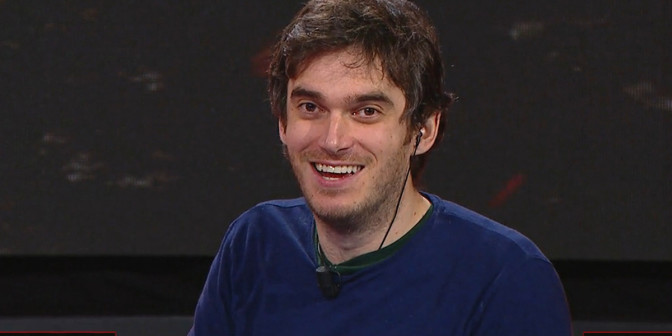 Valve seem to have pulled something of a Sochi 2014 on us. Like the infamous Russian-hosted Winter Olympics, the Shanghai Major was supposed to be one of Dota 2‘s biggest events. Instead, it’s been a technical shambles, with dropped streams, commentary going MIA, and a myriad of other technical issues. What was meant to be a poster child of the rapidly growing e-sports scene has become a veritable comedy of errors.

And since this clearly wasn’t enough, Valve pulled a leaf from the React Bros playbook, and decided to turn the community against them. How? By sacking James “2GD” Harding, one of the most prominent personalities in the Dota 2 world.

James has always been a divisive figure in the community, with off-colour remarks and common usage of curses, including das ist verboten itself – “cunt”. He’s as reviled as he is supported, and calling him the marmite of Dota 2 wouldn’t be an awful analogy. But Valve knew this, and if they’re going to get upset at a presenter for doing what he’s known for – especially after allegedly being told to “be himself” – then they’re fully deserving of the ire coming their way.