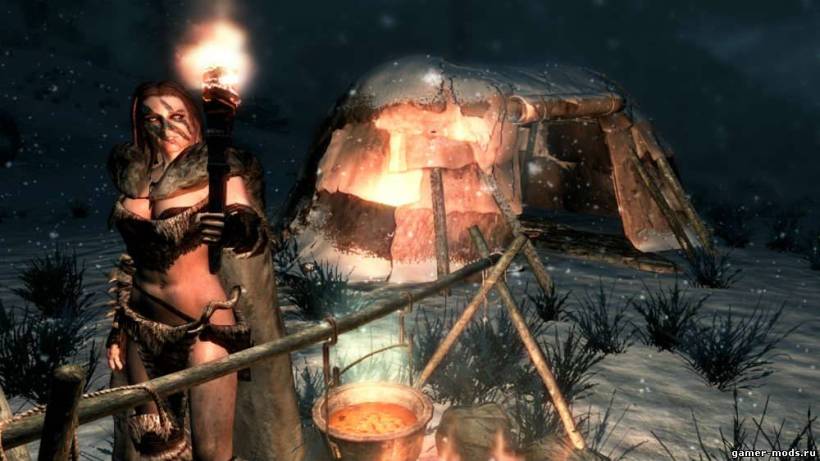 As you might be able to tell from the video I posted, I’ve been playing rather a lot of modded Skyrim recently. As you can probably tell from the video- you did watch the video right? You should, because it’s pretty ace. I talk about mods, climb a mountain, and fight trolls. I even die once, it’s an emotional rollercoaster. It won three Academy Awards, you know. From the director who brought you Dead Leg Bar Sex – Deus Ex: The Fall – Part 7, comes the blockbuster hit of the summer – starring Mark “Madness” Ja– have I pushed that joke far enough? Probably.

Modded Skyrim has become a real blast for me. I’ve installed completely rehauled texture packs, extra maps, follower tweaks, a shortcut through the mountains… it’s basically an entirely different game from the one I started back in 2011. But aside from the texture mods, I haven’t really had chance to experience most of the mods – much of the content is for later in the game, and I restarted to try and get the full experience.

But one mod has an impact right from the beginning. Frostfall. Frostfall turns a land that was no different from the temperate climate of Cyrodiil into a hellish wasteland where death is always waiting to catch out the unaware. Skyrim’s meant to be cold, and Frostfall’s hypothermia system feels like something the base game was really lacking.